A group of children in Y5 and Y6 have been going to a club called Young Voices, where you sing and practice songs for an arena concert. On the 21st of January, they set off with their t-shirts and lights bought by parents to the Genting Arena in Birmingham. With 6,349 children singing they were able to spread a smile on anyone’s faces.

Colourful lights spread across the room making our t-shirts change colour, parents took out their phone lights making the room glow. The concert finished at 9:30 and we were all exhausted but very happy. Half of us were asleep! After an hour and a half we were home, tired from the great day we had had. 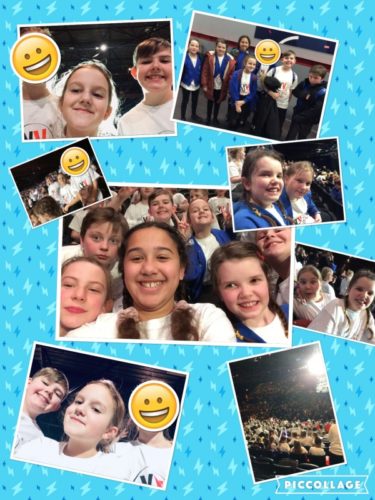