Yesterday, the Reception, Year 1 and 2 children were learning about habitats. On the way to forest school, Kris asked us to look out for lions in peoples gardens and for fish in the trees. None of us spotted any which led to a great discussion about why we didn’t see either of those animals in either of those places; they are the wrong habitats for those animals!

We talked about various habitats and which animals we might find living in those habitats. We know now that the forest school site is a woodland habitat. Kris gave the Reception and Year 1 children a woodland animal soft toy and in groups, they were challenged to make a habitat for that animal to live in. They thought really hard about what each animal would need. They all made sure that their habitat was safe and warm and some of them even put a drink of water for them! 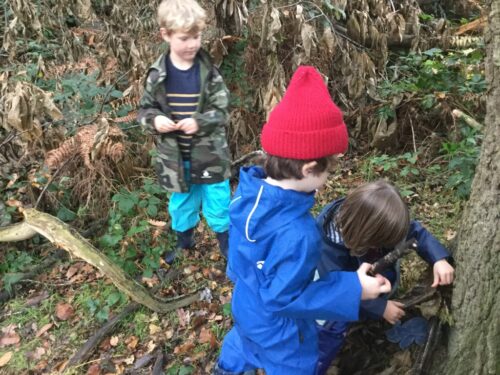 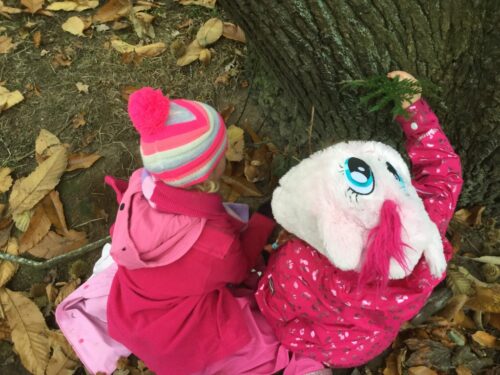 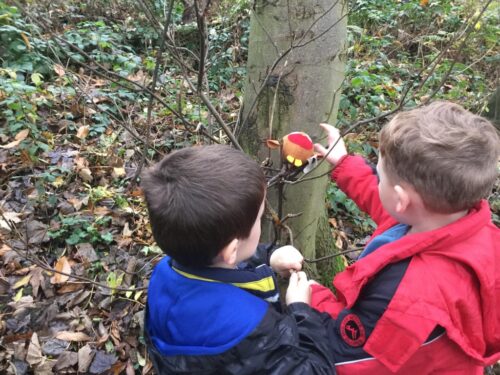 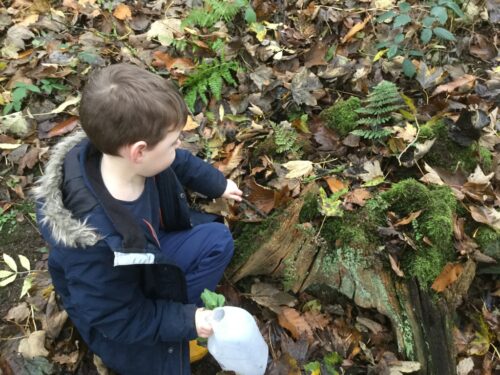 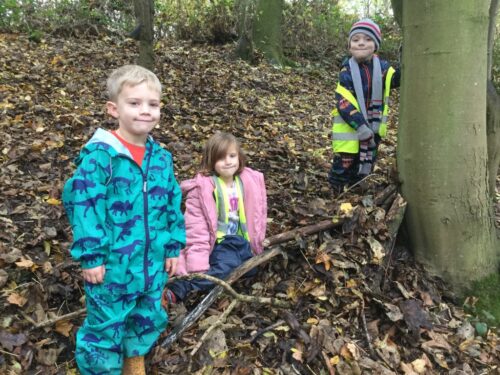 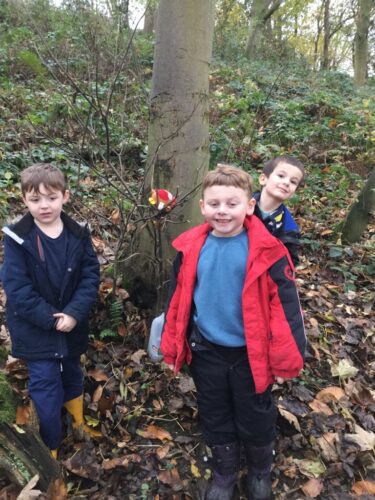 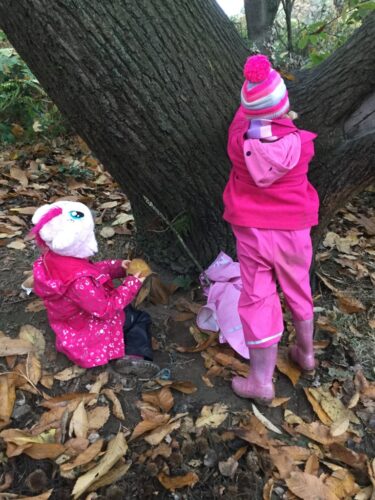 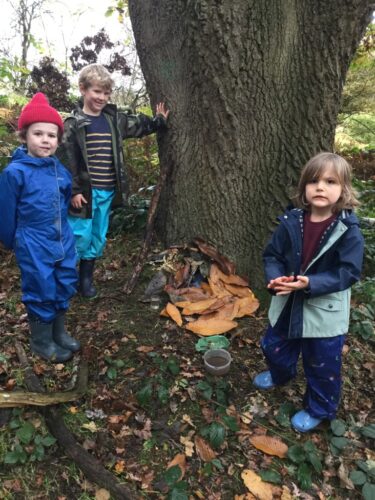 To extend the Year 2 children’s learning, they learnt about micro habitats. First they were split into two groups. They had to see what they could find in two different micro habitats; under logs and in trees. 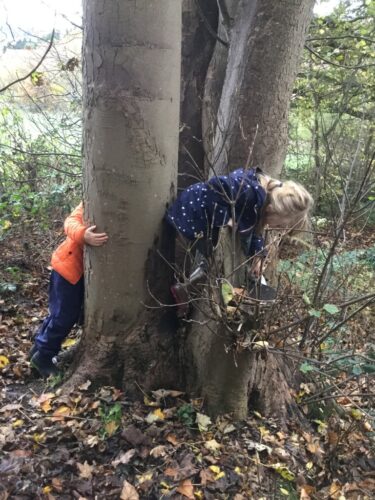 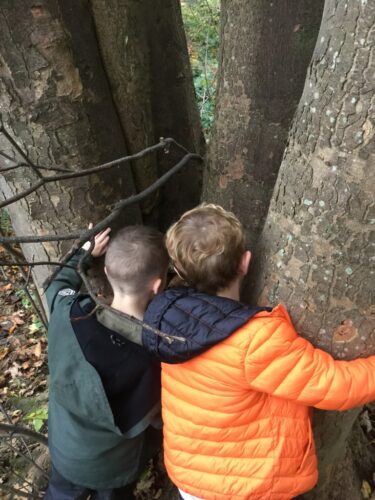 While they were searching, they found evidence of another animal that lived in the woodland area. They found some feathers that were probably from a wood pidgeon.

After that, the children put stones into a net bag. Kris carefully put this in the river, tying it to the fence so that it wouldn’t float away. We’re going to leave it there for a few weeks and see what animals start to make a micro habitat in there. We can’t wait to see the results!