We were incredibly lucky today as Dundee Football Club goal keeper, Callum Ferrie, visited us and spoke to children about his career in football so far. Callum, 19, used to attend St John’s as a child and began his football career on our pitches and as a part of Ruyton School Football team!

He spoke to the children about the challenges and setbacks he has faced, plus the work ethic of footballers and the values that he has had to show to achieve what he has done today. Callum was an inspiration – the children were amazed that he had been told he wasn’t good enough by two big clubs but still persevered to achieve his dream. Also, they were fascinated to hear that he has studied sports psychology whilst working towards his next goals in his career. Thank you so much Callum; we will be cheering you on all the way!

Charlie P: “He taught me not to give up, even when people told him he wasn’t good enough he kept trying.”

Harvey: “If someone tells you you can’t do something, try and try again.”

Jamie: “no matter if you go through lots of stages and people say no, if you really want something you can word hard to get it.” 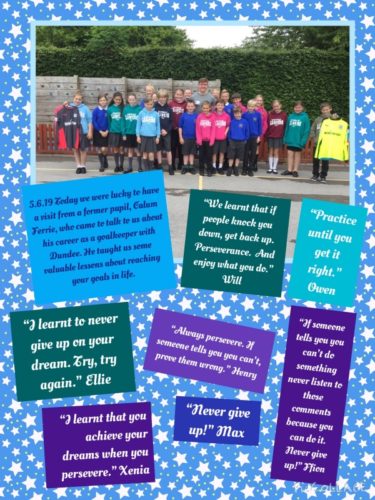 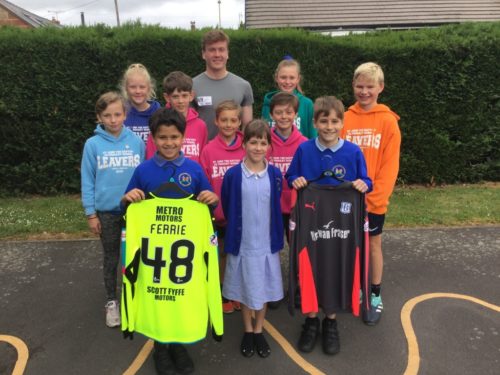